The key point above is the use of the CRLF character (i.e. %0D%0A) which breaks up the commands of the second protocol. This attack is only possible with the ability to inject CRLF characters into a protocol.

Almost all LDAP client libraries support plaintext authentication or a non-ssl simple bind. For example, the following is an LDAP authentication example using Python 2.7 and the python-ldap library:

In many LDAP client libraries it is possible to insert a CRLF inside the username or password field. Because LDAP is a rather plain TCP protocol this makes it immediately noteworthy.

You can see the CRLF characters are sent in the request:

Imagine the case where the user can control the server and the port. This is very common in LDAP configuration settings. For example, there are many web applications that support LDAP configuration as a feature. Some common examples are embedded devices (e.g. webcam, routers), Multi-Function Printers, multi-tenancy environments, and enterprise appliances and applications.

Putting It All Together

If a user can control the server/port and CRLF can be injected into the username or password, this becomes an interesting SSRF protocol smuggle. For example, here is a Redis Remote Code Execution payload smuggled completely inside the password field of the LDAP authentication in a PHP application. In this case the web root is ‘/app’ and the Redis server would need to be able to write the web root:

In my opinion, the client library is functioning correctly by allowing these characters. Rather, it’s the application’s job to filter username and password input before passing it to an LDAP client library. I tested out four LDAP libraries that are packaged with common languages all of which allow CRLF in the username or password field: 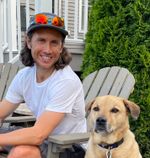